Upmkt, previously known as Atlantic PM, came to Make to support in the launch of their rebrand. Provided with a new name and a set of brand guidelines, the first step for Make was to design a new website which you can see here.

Following the new website launch, Upmkt needed to announce its rebrand across social media and to their existing clients. The design team at Make was tasked with producing a video that demonstrated the transition from Atlantic PM to Upmkt.

By using a mix of transitions, brand features and uplifting soundtrack, Make produced a video that did just that. It was important this video caught the attention of its viewers and encouraged them to watch until the very end. By ensuring transitions fit perfectly with the soundtrack, we were thrilled with the final outcome. 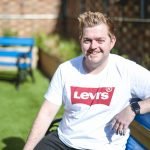