What You Should Learn from Yahoo’s Mobile Mistakes

There was a fascinating article in The New Yorker this week about Yahoo’s difficulty adapting to the mobile era. 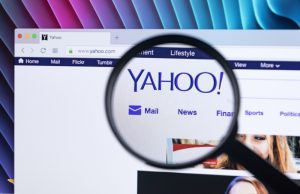 The company recently released its Q4 2015 earnings. It wasn’t particularly upbeat reading, and The New Yorker rightly diagnoses the underlying problem: Yahoo has failed to transform itself into a mobile company. And as a result, the company’s in a precarious position.

‘Yahoo lacked a “front door” through which smartphone users might access—and, more to the point, be led to—the company’s own services.’

This is a quote from a former Yahoo senior executive.

I’ve put it in bold and made it into a subheading because it’s so important for your business (and it doesn’t matter what industry you’re in or how big you are).

If you don’t have a user friendly, engaging mobile front door, you’ll be missing out on myriad opportunities to engage prospects.

So don’t be like Yahoo – late to the party and scrambling to catch up (without success). At a minimum, make sure your website is designed mobile first, so that you’re giving the best user experience to the most popular means of accessing.

If you want to talk about what this means in the context of your website (because there are differences in best practice for, say, ecommerce versus a B2B shop window), email me on anthony.p@makeagency.co.uk.

We’ll also do a free critique of your website, and you’ll get a report that tells you where you need to make improvements.